diagnosis of madness ....
Perverse quest for crude, biological pleasure is pushing the whole western civilization into madness. Nobody is reacting, nobody is protesting being afraid to be accused of judgmentalism or rudeness. Political correctness and "niceness" are the most important and the only correct attitudes toward the capricious and decadent society. This seems to be a mass suicide; moral, cultural and sociological in an atmosphere of universal permissiveness .... And everybody seems to be happy and satisfied ... For how long?
Evil and immorality are becoming more and more arrogant and the moral tsunami going through the entire western civilization is leaving after its successive waves a total disaster and absolute ruins. It's a kind of well known truism that the civilization is dying ...
And people are "eating and drinking, selling and buying, planting and building" ..... being absolutely unaware of what is really going on with this perverse civilization. Like on the Titanic
Lc 17:26-30
"Just as it was in the days of Noah, so also will it be in the days of the Son of Man. People were eating, drinking, marrying and being given in marriage up to the day Noah entered the ark. Then the flood came and destroyed them all. "It was the same in the days of Lot. People were eating and drinking, buying and selling, planting and building. But the day Lot left Sodom, fire and sulfur rained down from heaven and destroyed them all. "It will be just like this on the day the Son of Man is revealed."
See also here http://www.markmallett.com/blog/madness/ 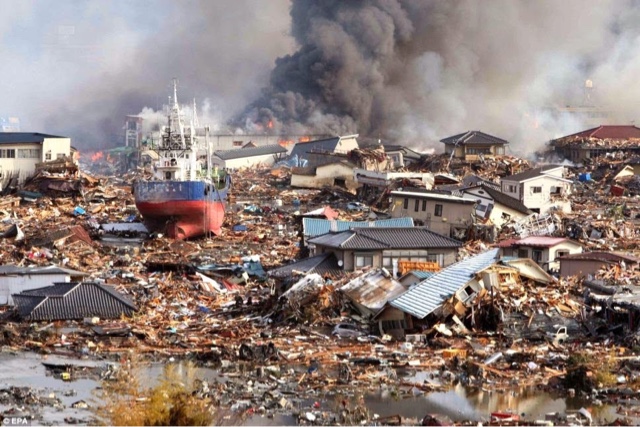